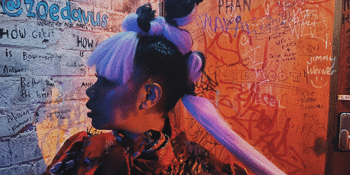 with special guests
The Croxton Bandroom (Thornbury, VIC)
Saturday, 6 November 2021 9:00 pm
96 days away
18 Plus
Music
Soul
Send this event to
ALL TICKETS FOR THE POSTPONED CORNER HOTEL SHOW ARE VALID FOR THIS SHOW.
We encourage all ticket holders to hang on to their tickets. For those who cannot attend, you have until 15th July to request a refund from your place of purchase.

Riding high off her sold out Sydney Festival show and to celebrate joining the famed roster of Dot Dash Recordings, Ngaiire is bringing her full band up the East Coast in November.

Having built a musical identity that effortlessly crosses genre and art form, her renowned vocals, tight beats and big pop sounds have seen Ngaiire acquire countless accolades including four National Live Music Awards, an FBi Radio SMAC Award for best live act, and the inaugural Australian Women in Music Award for Artistic Excellence. Not to mention has seen her grace the stages of Glastonbury through to Splendour and tour alongside artists ranging from Sufjan Stevens to Alicia Keys to Flume. With a big year of releases on the horizon, come and join Ngaiire as she gives you a taste of the new stuff, along with some reimagining of the back catalogue.

Supports to be announced.

"Like some kind of neo-soul Wizard of Oz, her voice echoes around the upstairs of the Lansdowne Hotel like a spectral presence...” - Sydney Morning Herald